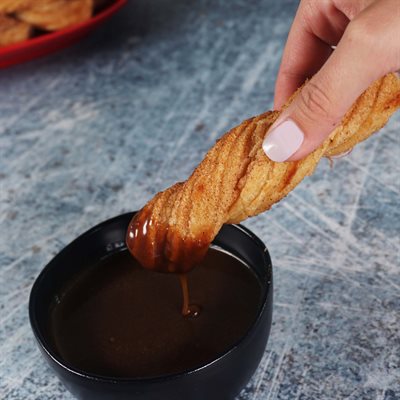 Press and move to zoom.
Mouse over image to zoom.
Click to enlarge

Apple of My Eye Churros

Apple Pie Churros are perfectly fried on the outside and warm and chewy on the inside. Rolled in cinnamon and sugar and served with a mouthwatering dipping sauce.

Depending on the shipping method selected, a time slot reservation might be required. It is recommended to reserve your time slot before adding all your products into the shopping cart. The selected time slot reservation is valid for the next 30 minutes. If you have exceeded this delay before placing your order at the checkout, you will need to select a new time slot.